A consultant follows the facts to discover why perfectly good, recently applied paint fell from a new steel ceiling and to find the source of the coating failure.

It wasn’t like the sky was falling, but when large pieces of paint dropped from the roof deck onto machinery being installed in a newly built manufacturing plant, the owner brought in a consultant to find out why.

The Facts of the Coating Failure

The delaminating paint problem first reared its head in summer 2011 as construction wrapped up on the several hundred thousand-square-foot plant near the Atlantic coast. Before construction of the roof began, the building’s steel roof deck and joist support steel had been shop-primed. It was stored outdoors, though covered, at the site during winter 2010–2011.

It was protected from moisture, but not from temperature extremes.

The shop primer used for the roof deck was a smooth, gray, water-based acrylic applied at 1 mil. A different gray shop primer, an alkyd material, covered the joist support steel at a similar thickness.

After assembly in 2011, the shop-primed roof deck and support steel were each field-painted with one spray coating of the same type of water-based acrylic paint, though in different colors, and from a different manufacturer than the shop primers.

That’s when the painting contractor raised concerns with the general contractor about adhesion of the roof deck finish coat to the shop primer. He observed that for recently completed work, the finish coat was easily damaged.

The shop-applied primers weren’t listed in the product literature for the finish coats. About a month after the roof deck painting was completed, several large pieces of finish coat delaminated and dropped onto equipment being installed.

The project’s engineering company brought in a consultant to investigate.

The consultant evaluated the coatings throughout the facility by visual examination, coating thickness measurement and adhesion testing.

In other places, coverage was heavy and small drips bulged from the surface. The total dry film thickness (DFT) ranged from 2.3 to 5.0 mils (average 3.7 mils), measured by electronic gauge.

The Tooke gauge microscope can also reveal issues like inter-coat contamination, voids, underlying rust, mill scale and pinholes, though none were issues in this case.

The Tooke gauge did show a gray primer on the roof deck of approximately 1 mil or less and the white finish coat ranging from 1 to 3 mils.

The coating adhesion was evaluated following ASTM D3359, Method A. This test is performed by cutting an “X” through the coating to the substrate and applying a pressure-sensitive tape to the scribed area.

The tape is rapidly removed. Adhesion is evaluated by how much, if any, coating comes off with the tape. Results range from 0A (worst) to 5A (best).

The tests showed uniformly poor adhesion (rating 0A) of the roof deck’s finish coat to the primer.

When the investigator took the tape from the deck in tests, coating strips several inches long often disbonded. The finish coat typically dis-bonded relatively cleanly from the underlying gray primer. The smooth surface of the gray primer sometimes had specks of the white finish still adhered.

The only exception to this poor adhesion occurred on the small portion of the roof deck where the painting contractor applied the manufacturer-recommended tan field primer.

Adhesion there earned ratings of 4A and 5A, with little coating removed.

Joist Structure — Visual examination showed the joist structure, with its yellow finish, to be relatively consistent in appearance and in good condition. However, overspray on many joists detracted from a smooth finish.

The only other notable negative conditions were the drips along the bottoms of the horizontal framing. The drips had been previously reported and attributed to drips in the underlying primer.

However, the investigation showed these small spaces posed no danger of delamination of the type that had occurred.

The adhesion of the coating system was good, netting ratings of 4A or 5A in every joist location tested.

The consultant took coating samples from the roof deck and joist structure for laboratory analysis. The samples included a small piece of the steel roof deck where the finish coat had been applied to the shop primer.

The lab analysis included a detailed microscopic examination. The study used a digital microscope to determine the thickness of the coating layers, and the general characteristics of the samples.

The analysis focused on samples from the roof deck, rather than the joists, since this was where investigation pointed to poor adhesion. The microscopic exam first observed that small spots or globules were present on the back of white finish coat pieces removed from the deck.

It wasn’t clear whether the spots/globules were from paint overspray or other contamination on the roof deck primer. However, the spots likely were not a significant factor in the poor adhesion, since good adhesion was achieved where the tan field primer was applied over the same shop primer.

The lab confirmed field measurements of the gray shop primer’s thickness at approximately 1 mil and the white finish coat at 2 to 3 mils. Where the tan field primer was applied to the roof deck, there was an additional tan layer of 2 to 3 mils.

The laboratory also evaluated coating adhesion on the small piece of coated steel roof deck and found poor adhesion using the tape test. In fact, the white finish coat could simply be lifted and peeled from the primer along the cut edge of the panel.

Overall, the field and laboratory investigations clearly showed poor adhesion where the white finish coat was applied to the shop-primed roof deck.

The finish coat simply could not adhere to the shop primer. This indicated a general coating incompatibility. The product data sheet for the acrylic finish coat shows that the coating manufacturer recommends specific primers as part of the recommended system for steel. The shop primers, from a different manufacturer, were not among them.

Where the tan field primer — which was one of the recommended primers — had been applied, the finish coat adhered well.

By contrast to the roof deck, the yellow finish coat applied to the joist support structure was well-adhered everywhere. The only issues noted over the joist surfaces were overspray and drips along the bottom face of the lower horizontal members. These aesthetic issues weren’t particularly visible from the floor, 20 feet (6 meters) below.

Although the roof deck finish coat hadn’t delaminated to a great degree, the risk of failure was considered substantial due to the finish coat’s uniformly poor adhesion to the shop primer.

However, predicting if or when the coating might delaminate on a large scale would be difficult.

A primary factor in determining the level of risk for coating failure is the degree of outside stresses imposed on the coating. For a roof deck, thermal changes over the surface, both daily and seasonal, are typically the most significant factor.

Another consideration is whether moisture condenses on the roof deck surface with any frequency. Condensation, which is related to temperature differences, is less likely to occur in a consistently conditioned environment such as the building in this case.

Since the risk of failure was considered substantial, the owner decided to strip the poorly adhered coating and replace it with a two-coat acrylic primer/finish system. Helping the owner make that decision was the fact that replacement would be a lot easier proactively before the plant began operations, than reactively after.

Workers used compressed air to “blow” the coating from the surface, supplemented by hand and power tool cleaning. Pressurized water-cleaning wasn’t considered due to the potential for damaging equipment already installed.

The failure of the finish coating and the shop primer to bond ended up delaying the plant opening by several months, and costing several hundred thousand extra dollars for a full strip and recoat.

As the adhesion problems in this case remind us, always complete a thorough review of all coatings intended for a project — particularly to confirm the compatibility between shop- and field-applied coatings.

As seen in Durability & Design 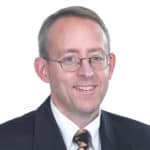 Jayson Helsel is a senior coatings consultant with KTA-Tator Inc. He is a registered professional engineer, an SSPC protective coatings specialist, an SSPC-certified concrete coatings inspector and a NACE-certified coatings inspector. At KTA, Helsel manages coating projects, performs failure investigations and coating surveys, writes coating specifications and is a regular instructor for coating inspection courses. He holds a master’s degree in chemical engineering from the University of Michigan.

7 thoughts on “Clues to a Coating Failure”