For example, if the specified surface preparation for a steel surface is “Power Tool Cleaning” (SSPC-SP 3) and a zinc-rich primer is applied and poorly adheres, was the surface improperly cleaned? Most would recognize that the referenced power tool cleaning standard is not sufficient preparation for a zinc-rich primer, as these primers require removal of all existing coatings, corrosion and mill scale and a roughened surface.

Proper surface preparation is always one of the most critical steps in a successful coatings application. The purpose of surface preparation is generally twofold: to clean and to roughen the substrate according to the specified requirements. The method or methods used to prepare surfaces for coating application may clean and roughen simultaneously — as with abrasive blast cleaning.

With few exceptions, the surface preparation should reference recognized industry standards such as those published by SSPC. All of the SSPC standards related to preparation of metallic substrates incorporate SSPCSP 1, “Solvent Cleaning,” which is intended to clean the surface before further preparation to remove rust, paint and other materials. When cleaning allows surface contamination to remain, a problem is created. If any “interference” material is left on a surface, the coating may not properly contact and adhere to the substrate. Oil, grease, dirt and chalking are obvious interference materials. Less obvious contaminants may not even be visible, such as soluble salt contamination (e.g., chloride).

Coatings may actually attain good adhesion if a relatively low level of salt contamination is present. But when enough moisture eventually permeates the coating and solubilizes the salt, water molecules begin to collect around the salt. Free water and moisture in sufficient quantities will form a gradient causing additional water to collect and thereby cause coating to lose adhesion in the form of blistering or delamination. The salt solution, an excellent electrolyte, will also accelerate the corrosion of metal substrates.

Once a surface is cleaned of contaminants, various methods to prepare surfaces to the specified level of cleanliness are used. Surface preparation methods include hand and power tool cleaning, abrasive blast cleaning and waterjetting. The degree of cleaning required by a given project specification is dependent on the service environment (the environment that the coating system must perform in), the coating system and the intended service life of the coating system once installed.

In making selections for surface preparation and coatings, it is critical that these items are properly matched. When this is not the case, a coating may not achieve the degree of adhesion needed to perform as intended. When it comes to surface preparation, this “failure to perform” might be considered a premature coating failure. But in reality, accelerated degradation of the coatings could have been expected.

Generally, better surface preparation equals better performance. Although blast cleaning may not be required for alkyd coatings, they will have a longer service life when applied over a blastcleaned surface as compared to a power tool-cleaned surface (e.g., SSPCSP 3). A review of manufacturers’ product data sheets (PDS) demonstrates that although a coating might be suitable for one surface preparation method, the use of a second, more advanced degree of surface cleaning will provide better performance. Consider the implications of specification language that simply says to prepare surfaces in accordance with the manufacturer’s recommendation, particularly when applying “surface tolerant” coating. Would it be unreasonable to argue that the coating failure was not premature – the surface was properly cleaned, but the expectations were too great?

A short review of some examples serves to bring this topic into focus.

In one case where a coating failure occurred, alkyd coatings had been applied to structural steel in the fabrication shop. The specified surface preparation was “Hand Tool Cleaning” (SSPC-SP 2) and “Power Tool Cleaning” (SSPC-SP 3). After the steel was delivered to the job site and construction had begun, the coating began to delaminate from the steel. Investigation of the problem found loose mill scale on the surface of the steel – and mill scale on the back of the failing coating. The conclusion was that the surface had not been properly prepared, because that level of power tool cleaning required removal of all loose material including mill scale. The steel surfaces were adequately cleaned for the service environment they were being placed in, but unfortunately not for the environment in which they were stored during construction.

In another instance, following completion of a bridge painting project, relatively small areas of damaged coating were prepared by “Power Tool Cleaning to Bare Metal” (SSPC-SP 11) and the organic zinc-epoxy-urethane system was reapplied. But after just a few weeks, failures in repair areas were observed and testing found poor adhesion of the zinc primer to the steel. The surface appeared to have been cleaned to bare metal, but little to no profile had been created, which likely caused the poor adhesion. The specified standard, SSPC-SP 11, required a minimum profile of 1 mil. The surface preparation standard was achieved, but the applied coating system required a 2–3 mil anchor profile.

Consider the blast cleaning standards for a moment, which include “Commercial Blast Cleaning” (SSPC-SP 6/NACE No. 3), “Near White Metal Blast Cleaning” (SSPC-SP 10/NACE No. 2) and “White Metal Blast Cleaning” (SSPCSP 5/NACE No. 1). During inspection, they are differentiated only by the amount of “staining” allowed to remain on the surface. When any of these three cleanliness standards is specified, yet the applied coating system delaminates or exhibits pinpoint rusting, can it be simply argued that the degree of cleanliness was not achieved? The answer is no. The blast cleaning standards identify the criteria for surface cleanliness of the steel but do not specify a surface profile. The project specification should include an appropriate range for an angular surface profile. Too little of a profile may not provide sufficient anchor for higher build systems or for other coating options such as metallizing. Too great of a profile, however, may also lead to problems, which was the case when a steel swimming pool was recoated.

The in-ground, steel swimming pool was abrasive blast cleaned and painted in the spring. There was not a coating specification for the work, but the surface preparation and system application were to be completed in accordance with the coating manufacturer’s PDS requirements. The system applied consisted of two coats of epoxy coating at a DFT of 4 to 8 mils per coat. Shortly after the completion of painting during the summer, the coating began delaminating and rust was evident on the underlying surfaces. The delamination was reported to have occurred primarily between the two epoxy coats. During the fall, the painting contractor repaired the delaminating and rusted areas, and applied a full overcoat. Over the ensuing winter, with the pool partially filled and out of service, delamination and rusting continued. The contractor again made spot repairs (not a full overcoat) the following spring but coating failure continued to occur.

An eventual investigation found that the pool had significant areas of rusting on the side walls, ledges and bottom (Fig. 1). Rusting consisted of spot and pinpoint rusting and was estimated to cover up to 20 percent of the pool’s surface area. At some of the rusted areas, rust staining had spread to adjacent areas, giving the appearance of an even greater degree of rusting. The most recently applied repair topcoat (from the previous fall) was delaminating from the underlying original coatings on over 30 percent of the pool surfaces, including the ledges, walls and bottom. At areas where the repair coat was still attached, it could typically be easily removed. There were also some areas where small blisters were present but no rusting was apparent. When these areas were scraped with a putty knife, rusting was found underneath. Random adhesion testing found that the repair coat had uniformly poor adhesion (tape test rated as 0A) to the underlying original coatings. The adhesion of the original coating layers was also tested at areas where the repair coat had delaminated. The coating adhesion was typically fair (rated as 2A to 3A) in these areas. The dry film thickness of the existing coatings varied widely and ranged from approximately 3 to 18 mils at areas where all coats appeared to be present. Areas where the repair coat had delaminated were lower in comparison ranging from 2 to 7 mils in total thickness.

Because the appearance of pinpoint rusting (Fig. 2) suggested high profile might have been an issue, the coatings were removed using a chemical stripper in selected areas. These areas were primarily where the complete coating system was intact (including the most recent topcoat) and no rusting was present. As the coating layers were progressively removed, rusting of the underlying steel was apparent at some locations. Profile measurement on the bare substrate found that the surface profile was consistently higher than the 2 mils specified by the coating product data sheets. When all coating layers were removed, the profile was measured and found to range from 2.4 to 4.2 mils. Also, the coating thickness varied significantly and was frequently below the specified thickness published in the coating product data sheets of 8 to 16 mils for two coats. An even greater thickness should have been expected due to the coating repairs that were completed subsequent to the original work. The combination of a high surface profile, typically 3 to 4 mils, and the application of coatings below the specified thickness led to the pinpoint rusting observed on the pool surfaces. The rusting likely began after the first initial coat was applied, which would have created adhesion problems for the second coat.

These coating failure examples show the importance of specifying the appropriate surface preparation – and profile if required. The coating failure does not implicate a failure to achieve the appropriate degree of surface cleanliness. Rather, there was improper roughness and coating system thickness. Achieving a properly cleaned surface is no guarantee of success. Properly cleaned is not the same as adequately cleaned. It is important to properly match the coating system (the level of surface preparation, coating types and coats), roughness and expectations to the service environment and likely service life of the coatings. To do otherwise invites coating failure – whether due to the coatings actually failing or parties failing to understand what should have been expected. 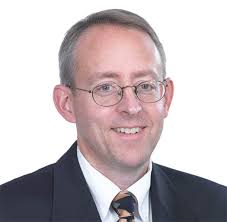 Jayson Helsel, P.E., PCS, a senior coatings consultant with KTA-Tator, Inc., manages failure investigations and coatings projects and is involved with coatings surveys and inspection of industrial structures. He holds a Master of Science degree in chemical engineering from the University of Michigan, is a registered professional engineer and is a NACE-certified Coatings Inspector. He has been published in the past in JPCL, Durability + Design and in the Journal of Architectural Coatings, which featured his monthly column, “Getting It Right.”

2 thoughts on “The Case of Improperly Cleaned Surfaces: Failures in Preparation or Specification?”