Blistering formation in high performance industrial coatings is a common phenomenon. Understanding why blisters form is sometimes very simple and in other instances quite complex. For example, understanding and describing the process by which moisture migrates through a coating film at a molecular level to achieve equilibrium can be very complex, especially to the layman. On the other hand, understanding why blisters form as a result of coatings application on surfaces with elevated temperatures or on porous substrates (such as concrete) is much simpler.

Frequently in the coating industry, the terms “blistering” and “bubbling” are used synonymously. Technically, this is not correct. When blisters form by an osmotic mechanism, the term “blistering” is more common and correct. However, when they are caused by nonosmotic methods, the term “blistering” is somewhat misleading and the term “bubbling” is more accurate. Blister formation is typically a result of increased pressure from moisture accumulation at certain points in a coating film, while bubbles are typically formed as a result of gas and vapor pressures within the coating film or the substrate. Despite this, these terms will likely continue to be used interchangeably.

This article addresses both osmotic and other non-osmotic methods by which blisters and bubbles form and identifies the roles that environmental conditions, substrate type, generic coating type and surface contamination can play in their formation. Because carbon steel and formed concrete are the most common substrates to which industrial coatings are applied, those substrates will also be the focus of this article.

Osmotic blistering (Figs. 1 and 2) is probably the most recognized type of blistering that occurs in coatings applied to carbon steel that is subject to immersion service or prolonged exposure to high-moisture environments. The period of time that industrial coating systems are exposed to moisture in normal atmospheric service environments is typically not sufficient to produce osmotic blistering.

There are some well-known mechanisms or driving forces that fuel osmotic blister formation. In simple terms, the actions of these forces (discussed in greater detail later in this column) result in the accumulation or concentration of moisture at specific points within the coating film. These driving forces are:

Osmotic Blistering Due to Water-Soluble Salts and Entrapped Solvents

Osmotic blisters can form as a result of water-soluble salt contamination on the surface of the steel being coated or water-soluble solvents that are retained or “trapped” within an applied coating layer. Because water-soluble salts (such as chlorides, sulfates and nitrates) are typically non-visible, detection of these contaminants in blister liquids requires specific analytical test methods such as ion chromatography (IC) to confirm their presence. While retained or trapped solvents can often be detected by the telltale solvent smell of liquid taken from blisters (blisters are often liquid-filled), their presence is verified by using laboratory analytical methods for the solvent detection such as gas chromatography/mass spectroscopy (GCMS).

Osmotic blisters resulting from the presence of water-loving soluble salts or retained solvents occur when there is ample moisture in contact with a coating film (i.e., a coating in immersion service) and when there is a difference on each side of the film in the concentration of dissolved salts or solvents. This relative difference on each side of the semi-permeable coating creates osmotic pressure and causes water molecules to slowly penetrate through the molecular infrastructure of the coating. As moisture penetrates, it migrates toward and accumulates at the point where the more concentrated solution of salt or solvent exists. The osmotic forces accelerate the transport of water through the coating in an attempt to equalize pressures (reach equilibrium) on each side of the coating film. Depending upon the concentration of soluble contaminants on either side of the osmotic cell, pressures can reach high levels (reportedly exceeding 15,000 psi). When higher concentration differentials of soluble salt contamination are present on either side of a coating film, a greater accumulation of free moisture results and blisters can be larger and more concentrated. When these pressures exceed the coating’s adhesive bond to the substrate, a blister forms.

Osmotic Blistering Due to Thermal Gradients

This phenomenon is commonly known within the coatings industry as the “cold wall effect.” Thermal gradients occur when the metal or steel substrate in the immersion zone of a tank or vessel is at a lower temperature than the liquid contained within the tank. Blisters form as the warmer water molecules in the stored liquid penetrate the coating film and then condense at a cooler interface within the lining or at the lining/substrate interface. Ultimately, sufficient quantities of liquid accumulate, creating pressure that causes liquid-filled blisters to form in the coating. One method to minimize thermal gradients is to use exterior insulation on tanks that may develop sufficient temperature differences if otherwise left uninsulated.

Even though many blistering problems are commonly associated with coatings in immersion service and high continuous moisture exposures, blisters can and do form by other mechanisms. These non-osmotic blisters, which we call bubbles, are often associated with characteristics of the substrate or environmental conditions during coating application.

In many locations, the coating application season is limited to a time when environmental conditions are favorable (i.e., typically in late spring, summer and early fall). Those “blue sky” days must be productive. The environmental conditions that give us these kinds of days are usually advantageous; however, they also have their pitfalls. For example, applying a coating to a surface in direct sunlight exposure or applying the coating thicker than recommended can result in bubble formation. Bubbles typically form because the heat from the sun causes the surface of the applied coating to dry more rapidly than the body of the coating film. This rapid surface drying process creates a rigid, “skinned over” surface layer that prevents solvent within lower levels of the film from escaping. As the solvent in the lower layers heats, it volatilizes and expands and creates vapor pressure within the coating film. It is the vapor pressure that causes bubbles to form.

In other instances, bubbles can form in coatings due to cooler temperatures or high relative humidity during application. When application occurs during cooler temperatures or elevated humidity, the drying and curing of the coating film is slowed considerably. As a result, the proper release of solvents from the film does not occur. Consequently, if the next coating layer is applied too soon, the solvent in the underlying film becomes trapped and bubble formation can occur. However, the bubbles may not occur immediately, and their appearance can be delayed until the environmental conditions become warm enough to cause the entrapped solvents to volatilize.

Coating application on porous substrates such as formed concrete and concrete block (CMU) can also result in bubbling. In such instances, the inherent porosity of the concrete substrate often contains trapped air or moisture. In that regard, air is present because it will occupy any open space that is not under vacuum, and moisture enters from the exterior or interior of the structure. Exterior moisture typically enters through the natural porosity of the concrete substrate and along cracks, crevices or control joints, and interior moisture can result from “vapor drive” (i.e., humidity and condensing moisture) from the interior of the structure. When a non-breathable coating is applied over these porous substrates, the air and moisture often becomes “sealed” in the substrate. As a result, any condition (i.e., sunlight) that causes the air to warm and the moisture to vaporize causes expansion and increased pressure within the concrete. The increased pressure on the backside of the coating often causes bubbles to form.

Bubbles do not always appear on the surface of the coating. Bubbles sometimes form within the coating or on the backside of the coating film. For example, moisture-cured urethane (MCU) coatings that dry and cure by reaction with atmospheric moisture and other coating types (i.e., aliphatic polyurethanes) that are formulated with moisture sensitive components can also bubble.

When applying an MCU coating under moist conditions, such as conditions where residual moisture remains on the surface, relative humidity is too high or condensing moisture or rain contact the uncured MCU surface, the coating performs as designed, readily reacting with moisture to achieve curing. Unfortunately, when moisture is abundant, the reaction occurs rapidly and carbon dioxide gas (CO2) is generated (commonly termed “out-gassing”) as a byproduct of this reaction. When excessive moisture accelerates curing, the CO2 is often trapped in the coating film, and the resulting increase in vapor pressure can produce bubbles within the coating. In fact, when a cross section of the coating is viewed microscopically, it often has a Swiss cheese-like appearance.

Two-part, aliphatic urethanes cure by polymerization of the two components (polyol and isocyanate). However, when applied over moisture, bubbles can form on the backside of the urethane film (Fig. 3). This occurs because the isocyanate component of the urethane formulation reacts with moisture. As with the MCU reaction discussed earlier, CO2 gas is formed. The gas is typically trapped in the lower layers of the urethane coating film and also at the interface of any previously applied coating where the moisture was present. Again, the pressure created by the gas formation causes bubbles to form. One difference with this formation process is that the bubbles can be very fine and are not always visible to the unaided eye. When viewed microscopically in a cross section, the fine bubbles often have a foam-like appearance. For this reason, this phenomenon is typically referred to as “foaming.” In the case of bubbles with MCU and aliphatic urethane formulations, the outgassing that occurs between layers can disrupt adhesion. Typically, other forms of bubbling have little to no adverse effect on coating adhesion, unless very intense and concentrated.

In summary, blistering and bubbling are common coating problems that occur for several different reasons. While this article presents and discusses the osmotic mechanisms that produce blisters, bubbles have several causes. There are differing opinions as to the damage that can result from blisters and bubbles. One opinion is that if they remain unbroken, they may not be considered a coating defect that requires repair. For example, some more recently developed 100%-solids, thick-film coating formulations such as elastomeric urethane, urethane hybrids and polyurea are often applied to form a thick, monolithic and flexible protective film. While blistering and bubbling may still occur in these films, the monolithic and flexible nature of the film prevents them from fracturing and the underlying substrate often remains uncompromised. In addition, when used in immersion service, the actual weight and pressure of the liquid contained within the vessel can serve to hold the monolithic coating film in place on the substrate being protected. Under such circumstances, whether there is any benefit to cutting out and repairing the blisters requires careful consideration. Even though blisters or bubbles are present, the flexible and monolithic film often has sufficient structural integrity of its own that allows the coating to fulfill the originally expected service life. 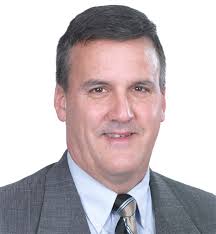 James D. Machen is a senior coatings consultant with KTATator, Inc., a coatings consulting engineering firm and distributor of inspection instruments, where he has been employed for over 20 years. Machen is an SSPC-certified Protective Coatings Specialist, a NACEcertified Coatings Inspector Level 3 (Peer Review) and a Level II Inspector in accordance with ASTM D4537. He performs coating failure analyses, coating system recommendations, specification preparation and major project management for a variety of clients in the transportation, water and waste, power generation, chemical processing and marine industries. He is a graduate of The Pennsylvania State University.