Nearly every structure is an assemblage of individual parts or members that must be fastened together, usually at the ends of the member, by some means.  Welding is one such means and is quite effective.  The other usual means is to use fasteners such as rivets or bolts.  This article is concerned with bolting, in particular high strength bolts.  High strength bolts have for the most part replaced rivets as the principal method for making non-welded structural connections.  There are however some aspects of riveted connections that relate to the importance of slip coefficient for high strength bolted connections that should be mentioned.  Rivets were the predominate fastener used in the early days of iron and steel construction.  Undriven rivets are formed from steel bar stock with a cylindrical shaft and a head on one end.  Rivets were installed (either in a fabrication shop or in the field) by heating the rivet to a light cherry-red color (approximately 1000oF to 1500oF), inserting it into the holes of the parts being connected, and then applying pressure to the preformed head while at the same time squeezing the plain end of the rivet to form a rounded, flattened, or countersunk head.  During this process, the shaft of the rivet completely (or nearly completely) fills the hole into which it was installed.  Upon cooling, the rivet shrinks against the gripped material, thereby providing a force that clamps the connected parts or plies together.  The filling of the barrel of the hole and the clamping force provided better fatigue resistance and overall performance than other fasteners available at the time (e.g. unfinished machine bolts).

For people of my advancing age, when you hear someone mention high strength bolts, you immediately think of ASTM A325 or A490 bolts.  However, there is a newer ASTM Standard for high strength bolts.  ASTM F3125 “Standard Specification for High Strength Structural Bolts, Steel and Alloy Steel, Heat Treated, 120 ksi (830 MPa) and 150 ksi (1040 MPa) Minimum Tensile Strength, Inch and Metric Dimensions” has a title that is quite a mouthful, and this standard consolidates and replaces six ASTM standards; A325, A325M, A490, A490M, F1852, and F2280.  While this standard is valuable resource, if structural bolting was a religion, its bible would be the “Specifications for Structural Joints Using High-Strength Bolts” published by the Research Council on Structural Connections (RCSC Specification).  Structural connections using high strength bolts fall under three categories, whether the connection resists shear, tension, or a combination of shear and tension.  The categories are identified and described in the paragraphs that follow:

In connections that are specified to be snug-tight, neither the shear strength of the bolt nor the bearing capacity of the connected material are affected by the level of bolt pretension.  Likewise, the tensile capacity of the bolt is not affected by bolt pretension.  Connections in buildings that not subject to cyclic live loads, stress reversals, or heavy rotating machinery are typically specified as snug-tight connections.  This is the most economical bolted connection since bolt tensioning equipment is not required and the inspection of the completed connection is simple. 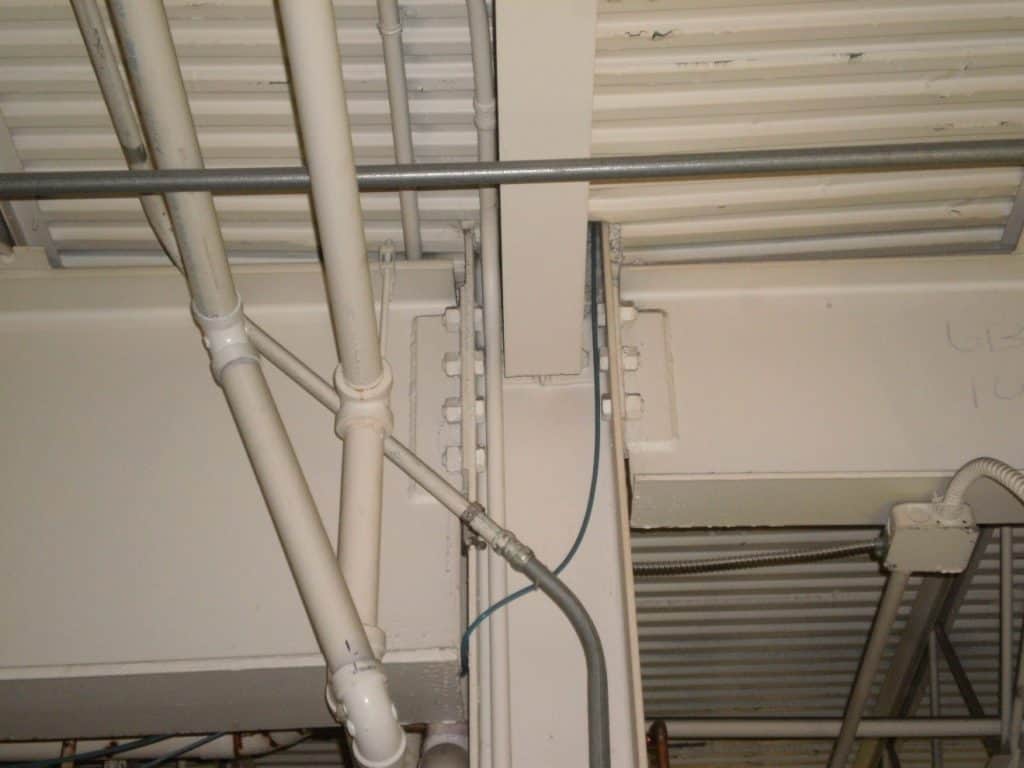 Only in certain cases is it required that bolts be installed to achieve a specified minimum pretension.  These cases are enumerated in the RCSC Specification.  Bolt installation costs for connections requiring pretensioned bolts will be higher than for snug-tight connections.  This is due to the equipment required for tensioning the bolts and the equipment or devices needed to measure and verify the pretension force.

Slip-Critical connections (formerly referred to as Friction-Type connections) are very common in highway and railway bridge construction.  The reason for this is that bridge structures are subject to relatively large cyclical loads (i.e. heavy trucks or trains crossing).  The loads being repeatedly applied and removed make fatigue of the overall structure and its connections an important consideration.  Besides corrosion, structural fatigue has the most influence on limiting the service life a structure.  Other structures subject to repeated cycles of loading, stress reversals, or impact loads (and thus fatigue) include cranes, supports for vibrating machinery, some very tall buildings, amusement park rides, etc.  Slip-Critical connections may also be required for connections that use oversized holes, slotted holes where the direction of the slot is not perpendicular to the direction of the load, and in connections where welds and bolts share in transmitting shear loads at a common faying surface.  Limiting deflections may also be a consideration for specifying slip-critical connections (e.g. to avoid ponding on a roof).  The slip coefficient of a bolted connection is only a consideration for slip-critical connections.  The installation cost for bolted connections that are required to be slip-critical are considerably higher than for snug-tight connections and higher than pretensioned joints due to the treatment of the connected material’s faying surfaces. 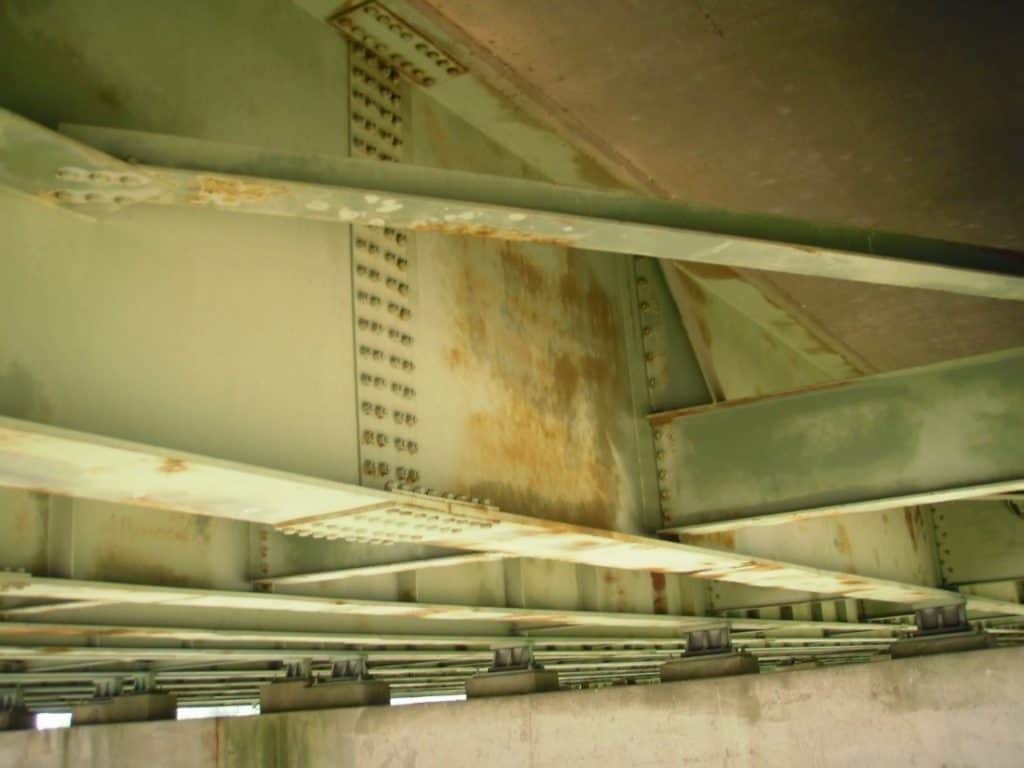 The Importance of the Slip Coefficient

As stated previously, friction does not have an influence on the strength or performance of snug-tightened or pretensioned bolted connections.  In these cases, the strength of the joint is determined based on the net section of the connected material, on the shear or tensile strength of the bolts, or on the bearing strength of the connected material.  For the connections that are required to be slip-critical, the slip coefficient, m, of the connection’s faying surface is an important variable in determining the size and number of bolts required.  Current specifications list two classes and slip coefficient values for faying surfaces for bolted steel connections.  Class A surfaces (m = 0.35) are unpainted clean mill scale, blast-cleaned steel with Class A coatings, or hot-dipped galvanized and roughened surfaces.  Class B surfaces (m = 0.50) are blast-cleaned unpainted mill scale, or surfaces with Class B coatings on blast-cleaned steel.  The slip coefficient, along with the pretension force, allows friction to be quantified in bolted connections and thus structures can be designed and built that can resist the damaging effects of fatigue and lengthen the useful life of the structure.