Ironically, the demand for improved water quality has made the service environment of wastewater treatment facilities even more aggressive, requiring higher performance coatings for corrosion protection. Environmental regulations have restricted the heavy metal content and required pH control of water discharged to wastewater treatment facilities. Prior to the implementation of these regulations, the microbes (bacteria and fungi) that participate in the production of corrosive chemicals in waste water were kept in check by heavy metals in the water. 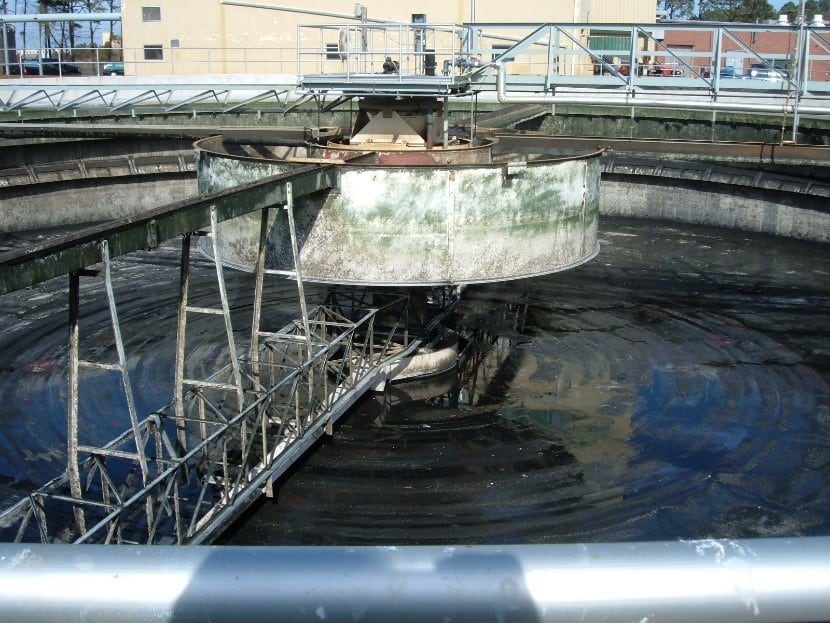 The reduction of these metals in the water has allowed the bacteria to flourish and as a result the corrosivity of the water handled by waste water systems has increased. The corrosivity of water has been exacerbated by water conservation and changes in water collection and treatment designs and philosophies. Correspondingly, the performance requirements of coatings and linings that protect the waste water system infrastructure have become more demanding. Various standards and test methods have been developed to assist in specifying coatings and linings for waste water treatment systems. This article discusses the evolution of these test methods.

The earliest evaluation methods assessed the coating/lining chemical resistance. The Standard Specification for Public Works Construction originally published in 1967 and commonly known as the ‘Greenbook” specifies a series of nine solutions to which free films of coatings/linings are to be exposed for a week in the so-called “Pickle Jar Test.” The solutions include acids and bases as well as chemicals common to waste water treatment processes such as detergents, bleach and ferric chloride, which assists in the settling of solids. After the exposure, the free-film specimens are evaluated for changes in volume due to water absorption. The mechanical properties are also tested.

The Los Angeles County Sanitation District conducted a program that evaluated 96 protective coatings and linings from 1983 to 2004. The evaluations were conducted on shallow concrete tanks that were filled halfway with 10% sulfuric acid and allowed to corrode prior to application of the test coatings. The coatings were applied to the entire tank interior so that both corroded and pristine concrete surfaces were coated. The tanks were refilled with 10% sulfuric acid and the coatings were evaluated after at least one year of exposure.

The Center for Innovative Grouting Materials and Technology (CIGMAT) at the University of Houston developed a set of three tests to assess the chemical resistance and bonding strength of coatings on concrete. Chemical resistance is measured after coated concrete cylinders are exposed to either distilled water, 3% sulfuric acid (representative of worst case waste water environment) or 30% sulfuric acid for accelerated testing. The chemical resistance is evaluated by the amount of calcium leached into the test solution and changes in the sample mass or appearance. Changes in the strength of the concrete sample are measured by pulse velocity measurements before and after exposure. The bonding strength of the coating to concrete is assessed by two methods. The first is a pull-off adhesion strength test based on a modification of ASTM D7234 “Standard Test Method for Pull-Off Adhesion Strength of Coatings on Concrete Using Portable Pull-Off Adhesion Testers” where a mechanical test frame is used to apply the tensile load to the fixture. The second test method for assessing the coating bond strength is a modification to ASTM C321 “Standard Test Method for Bond Strength of Chemical-Resistant Mortars.”

A new method was developed to account for the effect of hydrogen sulfide in the headspace above the wastewater using a test chamber to rapidly evaluate a coatings resistance to permeation by sulfuric acid and hydrogen sulfide. The Severe Wastewater Analysis Test (SWAT) is described by ASTM G210, “Standard Practice for Operating the Severe Wastewater Analysis Testing Apparatus.”

The test simulates exposure to a wastewater headspace environment with intermittent wetting. The samples are continuously exposed to a methane/carbon dioxide/hydrogen sulfide gas at 150°F for 28 days. During the work week, the samples are immersed for 15 minutes in 10% sulfuric acid three times per day.

One-size Does Not Fit All

While the development of ASTM G210 was a significant advancement in simulating wastewater service environments it is not sufficient for evaluating all the performance requirements for coatings in wastewater applications. SSPC: The Society for Protective Coatings Coating Specification No. 44 “Liquid-Applied Organic Polymeric Coatings and Linings for Concrete Structures in Municipal Wastewater Facilities, Performance-Based” (SSPC Paint 44) is a consensus standard for the minimum coating and lining performance requirements in specific environments of municipal waste water treatment facilities. Table 1 shows some of the test methods used to assess the suitability for different areas in the waste water treatment facility (WWTF). Performance requirements are provided for the major systems in a municipal WWTF including collection, preliminary treatment, primary treatment, secondary treatment, advanced treatment, solids handling and chemical storage. The performance requirements differ for each area. For example, there are abrasion resistance requirements for the preliminary treatment and solids handling areas where abrasions from solids would be expected, while no abrasion resistance is specified for areas downstream from solids removal such as primary, secondary or advance treatment. Similarly, chemical resistance to flocculating agents such as ferric sulfate and ferric chloride are specified for secondary treatment systems while chemical resistance to disinfectants such as sodium hypochlorite are specified for advanced treatment areas. 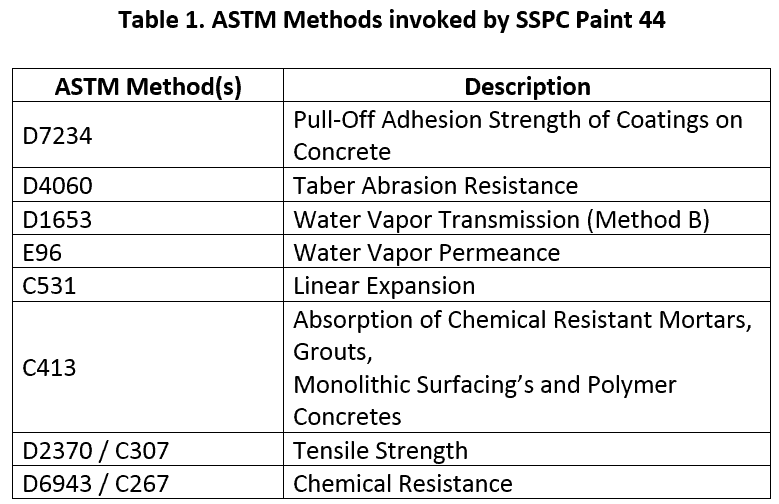 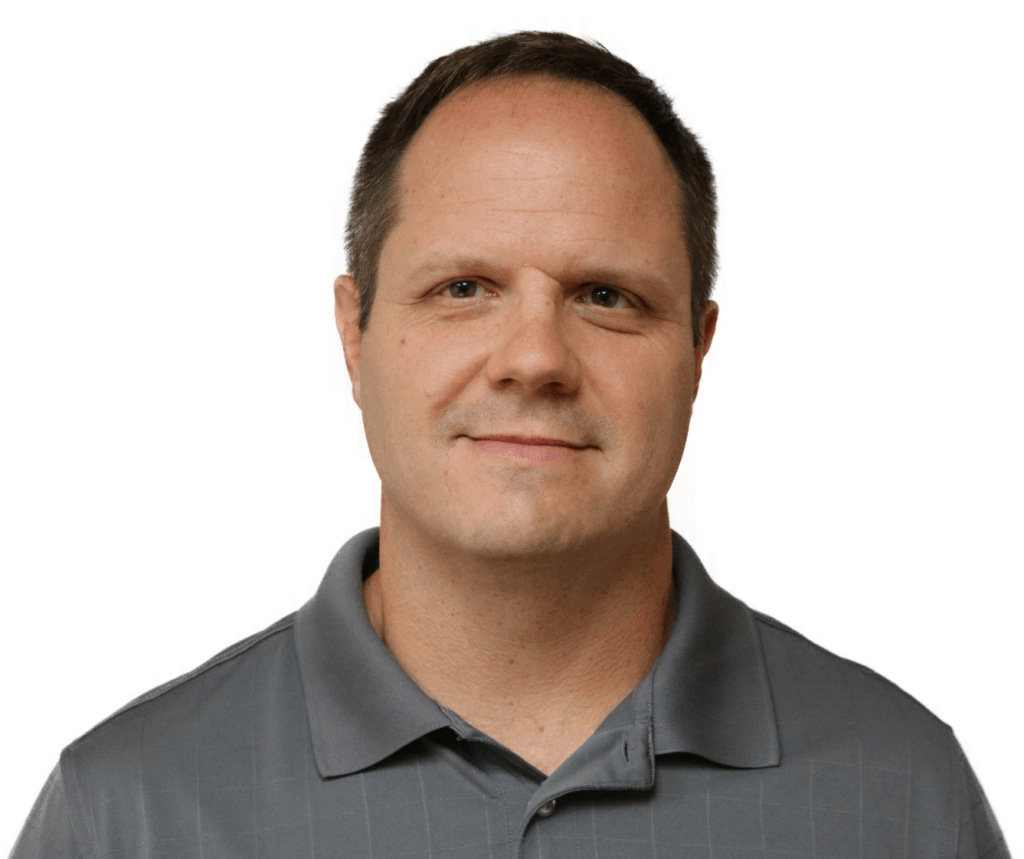 Robert Leggat is the KTA Laboratory Services Manager and has over 15 years of experience in the protective coatings industry.  He holds a PhD in Materials Science and Engineering from the University of Virginia and successfully completed the KTA Level I Basic Coatings Inspection training course.  Mr. Leggat joined KTA in August 2016 as the Laboratory Services Manager overseeing the operations of the Analytical and Physical Testing Laboratories.  In this position, he oversees all laboratory services which include paint, corrosion and material testing services, coating failure investigations, coatings research, and compositional analysis. Under his oversight, senior chemists, chemists, and research and development specialists provide clients with independent, accurate analyses of coating problems and advance the industry’s understanding of the performance characteristics of protective coatings and abrasive media. Prior to joining KTA, Mr. Leggat held various senior research and technical management positions with the United States Steel Corporation in Pittsburgh, PA.  Contact Me

2 thoughts on “Performance Testing of Coating Systems for Wastewater Service”