New SSPC/NACE wet abrasive blast cleaning (WAB) standards were approved in August 2015.  The standards define five degrees of cleaning that are created using a mixture of abrasive and water.  The mixture is created in one of three ways:  water is injected into the dry abrasive blast stream, abrasive is injected into a pressurized water stream, or an abrasive/water slurry is propelled through the blast hose.

The five degrees of cleaning are titled and numbered the same as dry abrasive blast cleaning, but with a “WAB” suffix: 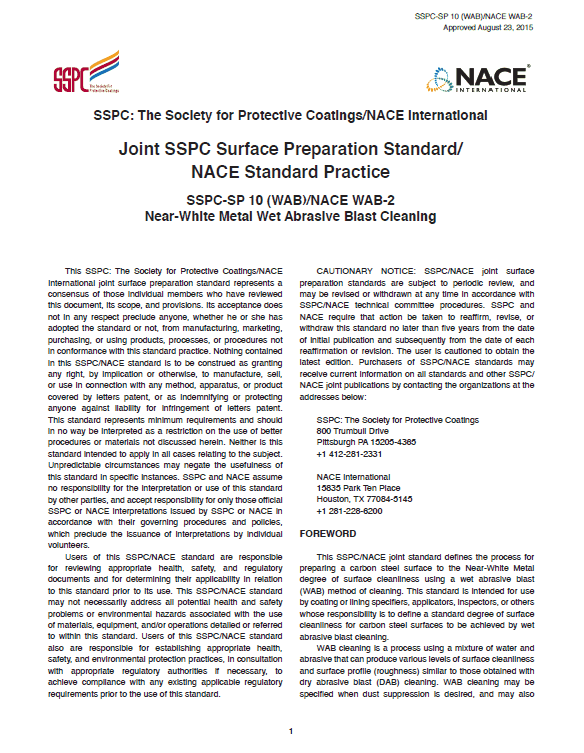 The degrees of cleaning in terms of percentage of material or staining allowed to remain on the surface are identical to their dry blast counterparts, but there is one significant difference – flash rust.  Flash rust is oxidation that forms on a carbon surface as the water that is used as part of the cleaning process dries.  Flash rust will typically show within 30 minutes as drying occurs.  The color will vary based on time of wetness and the age and composition of the steel.  The standards state that the flash rust will generally change from a yellow-brown, well-adherent light rust to a red-brown, loosely-adherent heavy rust.

The wet blast standards include provisions for the specifier to define the extent of flash rust that is permitted to form on the surface prior to painting.  There are four degrees:

No flash rust – no rusting is visible when viewed without magnification. 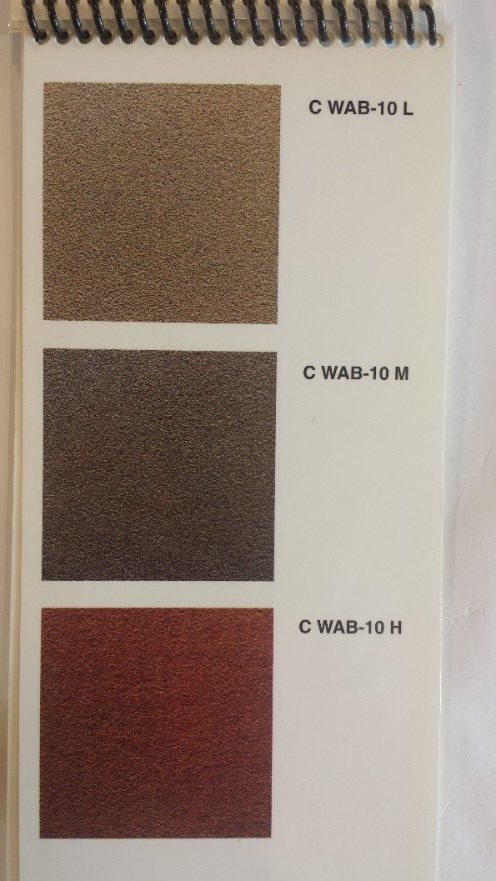 Light flash rust rusted surface – small quantities of a rust layer through which the carbon steel is visible when viewed without magnification.  It can be evenly distributed or in patches.  It is tightly adherent and not easily removed by lightly wiping with a cloth.

Moderate flash rust rusted surface– a rust layer through which the carbon steel is obscured when viewed without magnification.  It can be evenly distributed or in patches.  It is reasonably well adherent, but leaves light marks on a cloth that is lightly wiped over the surface.

Heavy flash rusted surface – a heavy rust layer through which the carbon steel completely hidden when viewed without magnification.  It can be evenly distributed or in patches.  It is loosely adherent, easily removed, and leaves significant marks on a cloth that is lightly wiped over the surface.