Organic solvents are widely employed since they dissolve, suspend or extract other materials that are not soluble in water such as resins and plastics, without chemically changing the material or the solvent.  Additionally, organic solvents evaporate quickly and cleanly.

Organic solvents are used in industrial paint systems to dissolve the binder (resin), reduce the viscosity and aid in flow-out of the coating after it is applied to a surface.  They may also assist with leveling, drying and adhesion.  For example, a standard epoxy may contain xylene, an aromatic hydrocarbon and Methyl Isobutyl Ketone (MIBK) that reduce the viscosity of the epoxy resin and help the coating flow and knit together, then these solvents evaporate from the film as it cures. Organic solvents are also used during industrial painting operations to clean spray equipment and tools. 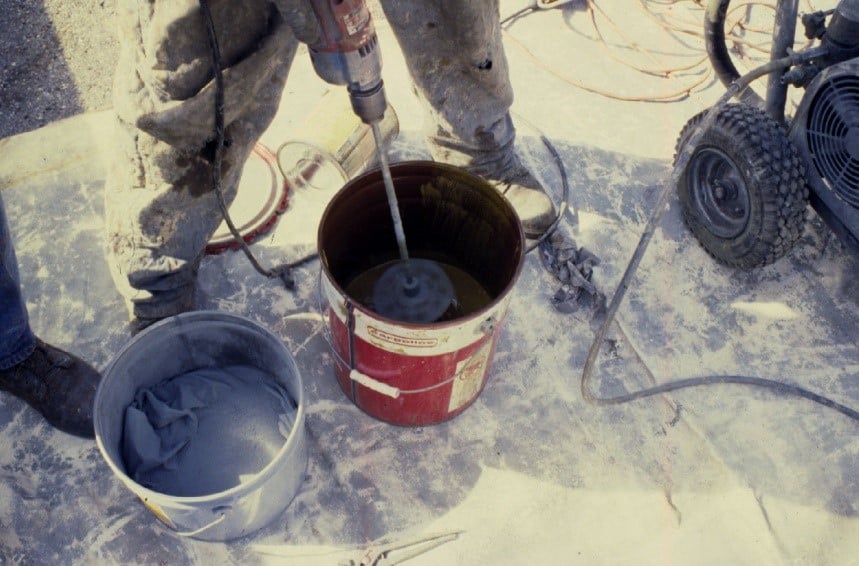 Occupational exposure to organic solvents occurs during the mixing, application and curing of a coating or coating system, surface preparation (i.e., solvent cleaning), and during clean-up.  Individuals performing these tasks are not alone in the potential occupational exposure to organic solvents.  Employees working in the vicinity may also be at risk.  The level of exposure can be affected by the work environment and the method of coating application.  For example, spray application in a confined space creates an increased exposure compared to spray application in open air, or when the space is ventilated. Spray application generates higher exposures compared to roller application, since the transfer efficiency of roller application is higher, putting less solvents into the air.

There are three routes of entry of organic solvents into the body: skin contact, inhalation, and ingestion.  Percutaneous (skin) absorption is a major route of entry for organic solvents that are readily soluble in lipids and water.  Many applicators and others remove coatings from their hands using solvents that can penetrate the skin. These habits can result in latent health issues. Uptake through the skin depends on the duration of contact, skin thickness, dehydration rate, perfusion, and the presence of broken skin.  Uptake by inhalation depends on the evaporation rate of the solvent, vapor density, local ventilation, method of application, pulmonary ventilation and cardiac output.  Uptake by ingestion occurs when the solvent enters the mouth and is swallowed.  Once the organic solvent enters the body it is distributed through the blood and transformed primarily in the liver or the nervous system.

There are three primary organizations that provide exposure limits for organic solvents, including the National Institute for Occupational Safety and Health (NIOSH), the Occupational Safety and Health Administration (OSHA), and the American Conference of Governmental Industrial Hygienists (ACGIH).  The limits are measured in parts per million (ppm), and are indicated in an eight-hour time weighted average (8-hr TWA), short term exposure limit (STEL) fifteen-minute average, or a ceiling limit.  NIOSH the principal federal agency engaged in occupational safety and health research, education, and training provides Recommended Exposure Limits (RELs), OSHA provides Permissible Exposure Limits (PELs), and ACGIH provides Threshold Limit Values (TLVs). NIOSH’s RELs are based on the best available science to project a no-effect exposure level.  OSHA’s PELs do not solely rely on science, they are subject to the rulemaking and political process allowing for the interests of all parties involved to be considered.  ACGIH’s TLVs are recommendations or guidelines for use in the practice of industrial hygiene.  Along with RELs, TLVs are not developed as legal standards they are “recommended” limits.  OSHA’s PELs are the sole legal standard “permissible” exposure limits.  However, if a PEL is not provided, compliance with the REL, or TLV is recommended.  Permissible exposure limits can be found in 29 CFR 1910.1000 tables Z-1, and Z-2 along with the NIOSH Pocket Guide to Hazardous Chemicals.

Organic solvents used in the coatings industry when ingested, inhaled or absorbed by the human body have the potential to cause adverse health effects that range from skin and lung irritation to the depression of the central nervous system.  Sufficient skin contact commonly will cause dermatitis (redness and irritation of the skin).  The depression of the central nervous system cases euphoria, dizziness, nausea, fatigue, impairment of judgement, loss of coordination, coma, and even death.  Chronic long term exposure of organic solvents can cause damage to the brain.  Examples of the health effects of specific organic solvents include:

Organic solvent exposure prevention starts with performing a hazard evaluation.  Prior to the use of organic solvents review the Safety Data Sheet (SDS) to identify the health concerns, routes of exposure, and toxic effects.  Next determine the degree of possible exposure.  The project environment and coating application methods can greatly affect the degree of exposure.  Airborne concentrations of organic solvent vapors have the potential to be much higher in a confined space (such as a tank) versus an open-air environment (such as a bridge truss).  Spray application of a coating will produce an increased airborne concentration of solvents compared to roller applications.  The next step is to identify the potential routes of exposure, inhalation, absorption, or ingestion.  Finally compare historic data, mathematical modeling, or air monitoring results to the OSHA PEL.  Once the hazards are identified, worker’s exposure should be controlled by using engineering controls, administrative and work practice controls, and personal protective equipment (PPE).

Administrative and work practice controls reduce the exposure by changing how the at-risk task is performed.  An example is the use of job rotation reducing the duration of time performing the at-risk task.  Use of the least toxic organic solvent possible, and assuring organic solvents are properly stored are both considered work practice controls. 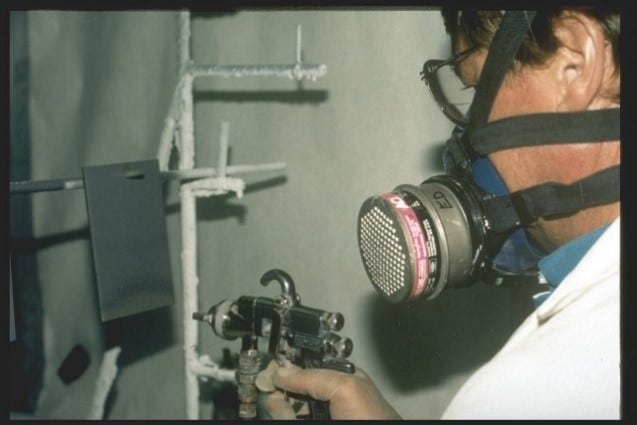