Chances are, you have seen at least one procedural cop drama over the years. These shows all tend to follow a fairly standard formula: the crime occurs, the investigator is called in, the investigator gathers clues and interviews suspects, evidence is sent to a laboratory to confirm or refute theories, and by the end of the hour the perpetrator is collared and justice prevails!

Coating failure analysis draws many parallels to these shows. In fact, you can almost envision it: a camera pans over a work site, dramatic music plays as a water tank is being drained. The manway slowly swings open to reveal massive and extensive blistering of the newly applied interior coating system. The owner frantically calls to report the dire situation he has just discovered. Cut to opening credits.

The most dramatic moment of the show is usually when some small detail that had been previously overlooked is discovered. The breakthrough can come from the investigator, the laboratory, even someone with minimal involvement in the case — a taxi driver, or a neighbor with a different perspective of what all the information means.

This can often be said for coating failure investigations as well. The key to solving these cases is to combine all of the knowledge gained during the investigation and let the data tell the story.

Two different scenarios will be described, one a laboratory investigation without the benefit of direct field knowledge and one that combines both field and lab investigations.

The owner submitted coating chip samples reported to be from various locations in the scrubber tower including walls and doors from various levels, liquid control materials of original and new batches of the applied coating, as well as the manufacturer product data sheets for the coatings.

Once the coating samples arrived for laboratory analysis, the first step taken was to perform cursory visual macroscopic and microscopic examinations of the coating chips. This initial examination revealed that the five coating chip samples submitted appeared to consist of different coating layers, including gray and red. One bag that contained red chips showed soft (possibly uncured) red coating sticking to the side of the sample bag. The owner was contacted to determine the specified coating system and which of the coating layers represented the topcoat and primer layers. This conversation revealed that the red coating layer was a primer.

Microscopic examination revealed a glossy and uneven appearance of the underside of the red primer (Fig. 1), which sometimes had a stringy texture. Additionally, there were instances where the observations indicated that the coating failure was occurring between the gray topcoat and the red primer, as opposed to between the primer and the substrate (Fig. 2). The gray coat could be easily separated from the red coat using gentle pressure.

The laboratory contacted the owner once again to see if there were any photographs available that showed the failing condition of the scrubber tower. Photographs were in fact available, and a review of the photographs revealed that the red primer was visible in many of the failing areas, indicating that the primary failure was between the gray topcoat and the red primer with the secondary failure being in areas where the red coat was delaminating from the substrate as well.

Review of the product data sheets indicated that the product had a pot life of 20 to 25 minutes at 75 F, and the pot life was significantly reduced at higher temperatures. The stringy and uneven appearance could be due to applying the coating after the pot life had expired, or if the application process was rushed due to the short pot life, an incomplete mixing of the coating may have occurred. Additionally, the data sheet indicated that prior to overcoating this material, it was to be washed with soap and water or adhesion issues were likely to occur.

Analysis by infrared spectroscopy indicated the presence of amine blush on the on surface of the red coating layer. The presence of the amine blush suggests that the coating was not washed with soap and water prior to overcoating as the manufacturer had recommended (Fig. 3).

An application study was performed where primer was applied to two test panels. One panel was washed and the second panel was not washed prior to overcoating. Following a full curing period for the system the coating adhesion of each panel type (washed, unwashed) was tested in accordance with ASTM D4541, “Standard Test Method for Pull-Off Strength of Coatings Using Portable Adhesion Testers.”

The results showed that the adhesion of the system that had been washed prior to overcoating were stronger than those that had not been washed. While the application study was not able to reproduce the same type of large scale delaminations between the topcoat and the primer as were observed in the field, the presence of amine blush was detected on the unwashed sample and not on the washed sample. The laboratory analysis indicated that while the amine blush may have been a contributing factor to the failure, it may not have been the only culprit. Further investigations, including a site visit would be paramount to continuing the investigation.

A field visit was performed to assess the condition of an existing coating system on a lift bridge. Overall the examination found that most of the coating system was intact and showed no signs of failure. However, along the railing portion of the bridge small areas of blistering were observed (Fig. 4). The field investigator scraped away a portion of the coating at these blistered areas and found of a red-orange coating layer that was not observed in the intact areas (Fig. 5).

While the number of coating layers varied depending on the portion of the bridge being examined, the red layer was only found under blistered areas, and was present under all blistered areas examined.

The investigator collected a sample of the blister cap, which consisted of all the coating layers including the gray layer where the split in the blister was occurring. The red and gray coating remaining on the substrate below this split was scraped and collected. Particular attention was made to assure collection of the full thickness of the red layer, as materials with this characteristic red-orange color are often indicative of a lead coating, and a quantitative analysis would be performed. These samples were submitted to the laboratory for various analyses.

Microscopic examination of the chips from the blister cap revealed four coating layers, with the bottom zinc rich coating layer experiencing a cohesive break. Additionally, the cross-section revealed a split between the second and third coating layers (Fig. 6).

Infrared spectroscopic analysis was also performed on the coating sample. This analysis revealed that the gray bottom coat of the blister cap was not consistent with an organic material. This information combined with the visual appearance of the bottom gray layer indicates that the material was an inorganic zinc coating. The red layer was analyzed and determined to be consistent with an alkyd resin.

Finally, the red layer was analyzed for lead content. The results of this testing indicated that lead was indeed present in this coating layer. The results of the laboratory investigation were submitted to the field investigator, who was able to combine the laboratory data and the field observations to draw conclusions regarding the cause of the blistering. The presence of a lead coating on portions of the railing system of the bridge indicated that when the old red-lead coating system was removed prior to application of the new system, some areas were missed.  This is typical when rigging is in the way of abrasive blast-cleaning. The contractor is responsible for cleaning and coating these small areas. Unfortunately, such repairs are not always properly performed and the old system is simply painted over. Inorganic zinc material requires a blast-cleaned surface to achieve adhesion. Application of inorganic zinc over an alkyd lead coating demonstrated this incompatibility by blistering.  Somewhat surprising was the cohesive break in the inorganic zinc layer.

The first scenario ultimately determined that a contributing cause of the primary failure was due to neglecting to properly prepare the surface before overcoating. The recommendation of the coating manufacturer to wash the primer surface was apparently overlooked by the contractor.  This suggests it was not required by the specification either. However, the conclusion was delayed in reaching the interested parties because of the lack of information provided to the laboratory investigator. Initially, the failure was described as a delamination between the primer and the substrate. This was determined to be a smaller part of the failure that was occurring, with the largest portion of failure was between the topcoat and primer. If a field investigator had been on-site to make observations, observe the patterns and collect representative samples, the project may have reached further conclusions about all of the contributing factors of the failure.

Collaboration between the two investigators helps reach the “Aha!” moment we have become so accustomed to seeing on the procedural drama programs. It also helps alleviate any concern over, “We don’t know what we don’t know.” 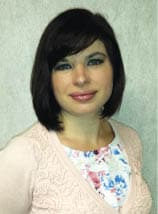 1 thought on “The Missing Piece: Collaborations Between Field Investigators and Laboratory Chemists”