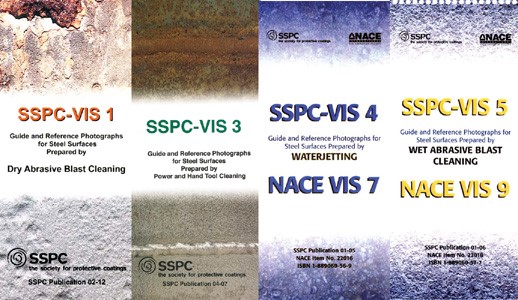 The photographs in the guides depict the appearance of surfaces both prior to and after cleaning.  This article describes the use of the guides, using SSPC-VIS 1 as the example. 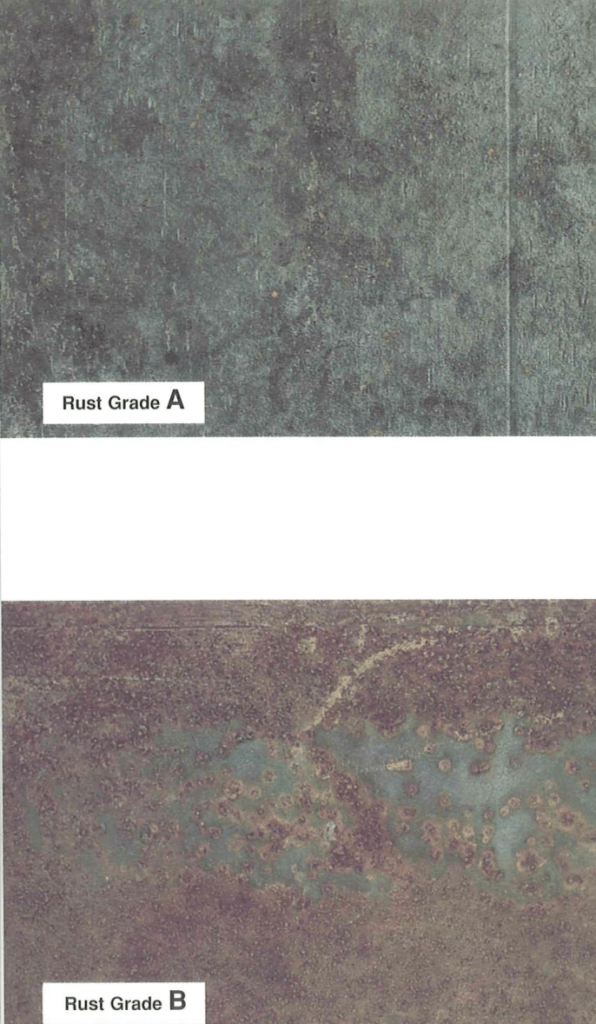 Figure 2 – Initial Unpainted Conditions A and B 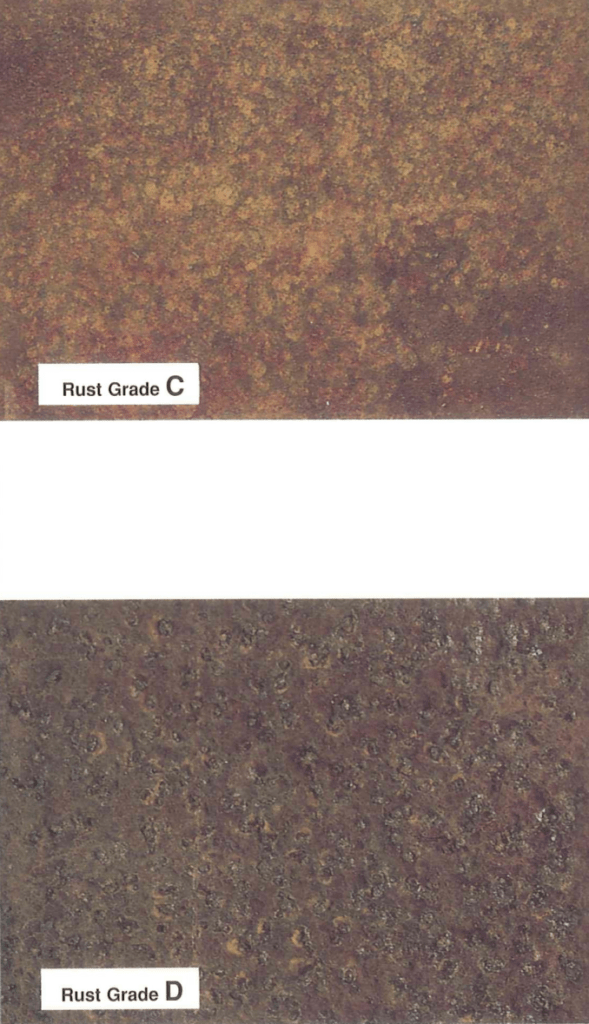 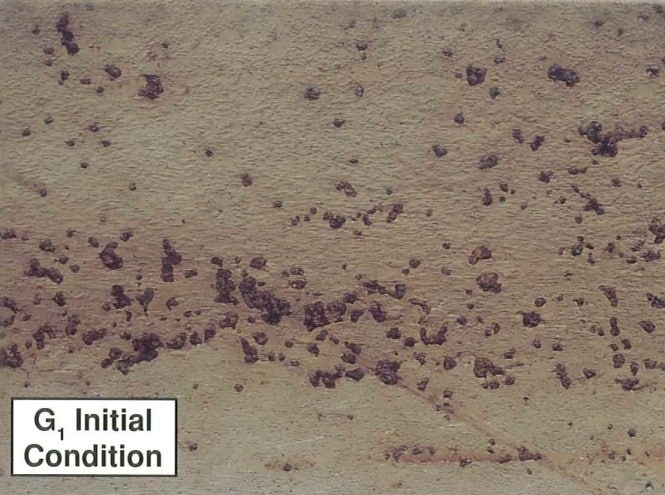 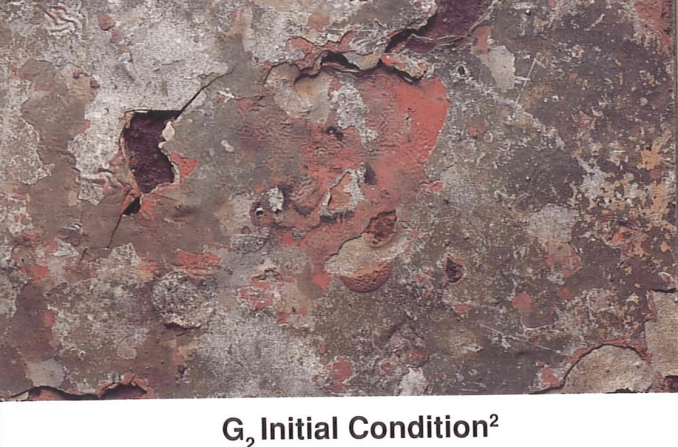 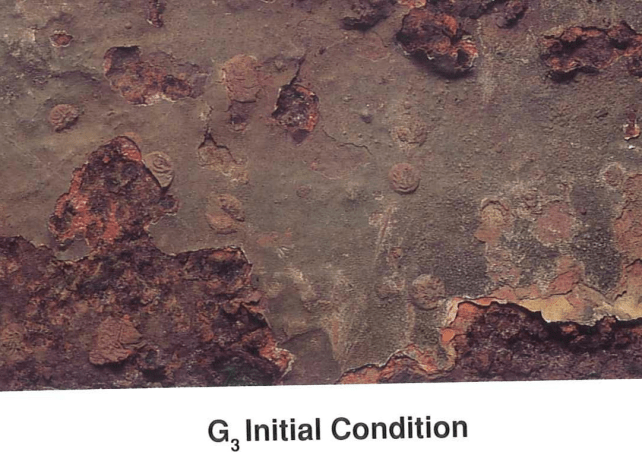 Figure 7 – Series of photos being compared with the blast cleaned surface in the background.

Step 3 – Once cleaning is underway, compare the photographs with the prepared surface to determine if the cleaning is compliant. Note that the reference photographs will not be identical to the prepared surface for many reasons.  The initial conditions of the prepared steel are different than the initial conditions the reference photographs are based upon.  Likewise, the abrasive used, depth of surface profile, and lighting will be different than the reference photos.  The precise distribution of allowable material (staining) will also vary, leading to differences in appearance.  It should be recognized that when the definitions indicate a percentage of staining remaining after cleaning, it is a maximum amount.  For example, Commercial Blast allows staining on up to 33% of each unit area.  Near White allows staining on up to 5%.  Based on these thresholds, staining between 6% and 33% would all be considered to represent Commercial Blast.  With such a wide variation of staining allowed, it is not surprising that the photographs will never look identical to a Commercial Blast cleaned surface since the amount of staining can vary quite a bit.  Accordingly, it is important to use the photos as a guide for the appearance rather than as an absolute comparison.  It is helpful to compare the surface with all of the photographs in the series to approximate the appearance (Figure 7).

Finally, it must also be recognized that the written text of the standard takes precedence when determining cleanliness. The photos are secondary to the written word. 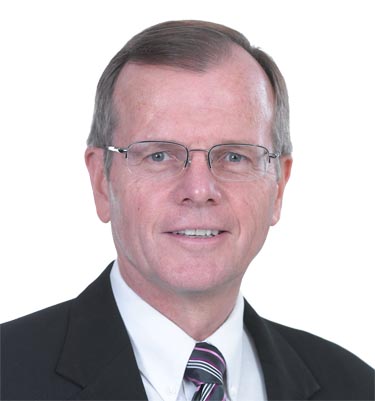