While exposure to lead is often regarded as the most prevalent health and environmental hazard in the coatings industry, it is important to be aware that there are other hazards that can be of serious concern.  One of these hazards is exposure to Polychlorinated Biphenyls, commonly referred to as PCBs.   PCBs are heavily regulated by government agencies, especially the United States Environmental Protection Agency (EPA).  There is also growing public awareness of PCBs.  As an example, legal action initiated by New York Lawyers for the Public Interest resulted in the EPA and the City of New York working under a consent decree to study and establish a policy for management of PCBs in K -12 schools.

So what exactly are PCBs?  PCBs are mixtures of synthetic organic chemicals that were commonly used from the late 1920s until 1979 when the United States banned the manufacturing, processing, distribution, and use of PCBs.  PCBs were produced and marketed in the United States under the trade names of Aroclor, produced by Monsanto Chemical Company (Monsanto) and Pyranol, produced by General Electric.  In 1971, Monsanto voluntarily restricted manufacturing of PCBs to only closed systems because of health concerns.  Monsanto discontinued the manufacturing of PCBs altogether in 1977, although PCBs continued to be imported into the United States until 1979 when the ban took effect.

Aroclors were used in a variety of materials to enhance insulative properties, improve physical and chemical resistance, and act as fire retardants, plasticizers, coolants, and lubricants.  A few examples of products relevant to the coatings industry that may contain PCBs include:

When it comes to paint, PCBs were typically used as plasticizers, but were also used in corrosion resistant paints.  They may also have been introduced as by-products during the production of various pigments used in paint.  These coatings can be found on buildings, military/navy ships, and some bridges.  Examples of coating systems that may contain PCBs include:

So why the concern about PCBs?  Regulatory actions and public attention are being driven primarily by the health effects associated with PCB exposure.  Human health studies have shown that PCB exposure may result in the following:

As result of the strength of the data from studies on carcinogenic effects, the EPA has classified PCBs as a probable human carcinogen.

PCBs were regulated under a series of EPA actions culminating with a ban in 1979 on manufacturing, processing, distribution, and use of PCBs under the Toxic Substances Control Act (TSCA).  Under the current TSCA standard, materials containing PCBs in concentrations of 50 parts per million (ppm) or more are regulated.  Wastes containing PCBs at concentrations of 50 ppm or more must be managed as hazardous waste and the label must indicate “polychlorinated biphenyls” and include the “toxic” hazardous characteristic.

The Occupational Safety and Health Administration (OSHA) has established Permissible Exposure Limits (PELs) for airborne exposures to the following types of PCBs:

If workers are exposed to PCBs for which OSHA has not established a PEL, there are other regulatory requirements which can apply to worker exposure activities.  For example:

If the presence of PCBs is suspected or confirmed, safety, health, and environmental professionals should be consulted to develop an evaluation procedure, which may include the collection of bulk and/or air samples.  If PCBs are found, steps to comply with federal, state and local worker, environmental, and waste management regulatory requirements must be determined.  Frequently, lead and asbestos can be found along side or comingled with PCB containing materials, especially in occupied structures such as schools.  Therefore, if lead and asbestos may be present, professionals conducting PCB evaluations or removing such materials may need to meet applicable state or local licensing/certification requirements.

The intent of this article is to provide an introduction to this topic and should not be considered a comprehensive treatment.  Resources that can provide additional information include the following: 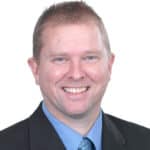 Dan O’Malley is the Manager of the EH&S Group for KTA where he has been employed for over 19 years.  In this position, Dan serves EH&S clients (while also assisting other KTA groups on multi-disciplinary projects) by reviewing/developing safety and health programs, facilitating/evaluating laboratory results, preparing proposals, developing specifications for removal of coatings containing lead and other toxic metals, performing ambient air monitoring activities (i.e., site evaluation), scheduling staff and consulting on industrial hygiene and safety issues.  Dan is an SSPC C-3 Supervisor/Competent Person for Industrial Deleading Projects and is a licensed instructor for this course.