The International Agency for Research on Cancer (IARC) classifies beryllium and beryllium compounds as carcinogenic to humans, and the Environmental Protection Agency (EPA) classifies inhaled beryllium as a possible carcinogen.  Despite its toxicity, beryllium is an important material in the aerospace, electronics, energy, telecommunication, energy, medical and defense industries due to its physical properties, such as its strength-to-weight ratio.  In the construction (and maritime) industries, worker exposure to respirable beryllium primarily occurs when slags that contain trace amounts of beryllium (<0.1 percent weight) are used for abrasive blast cleaning.  The Occupational Safety and Health Administration (OSHA) estimates approximately 11,500 construction and shipyard workers who may conduct abrasive blast cleaning with slags may be exposed to trace amounts of beryllium.  Abrasive blast cleaning typically produces a large amount of dust, some of which may contain small (respirable) beryllium particles.  Inhaling beryllium may lead to beryllium sensitization which ultimately puts an individual at risk for developing varying diseases affecting the lungs, including chronic beryllium disease (CBD), acute beryllium disease, and lung cancer. 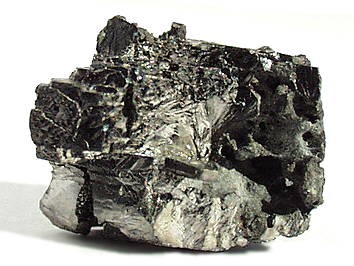 According to OSHA, despite the known health dangers related to beryllium exposure, the permissible exposure limit (PEL) remained outdated and ineffective for preventing beryllium-related diseases for decades.  After years of science supporting the need for an updated beryllium standard, on January 9th, 2017, OSHA issued a final rule that established greater protection for workers exposed to beryllium in general industry (1910.1024), construction (1926.1124) and shipyards (1915.1024).

The rule applies when materials being used contain greater than 0.1 percent beryllium by weight.  Employers using materials with a lesser beryllium content are exempt only where the employer has objective data demonstrating that employee exposure to airborne beryllium will remain below the action level under any foreseeable conditions.  Employers can use objective data, based on industry-wide surveys or calculations based on the beryllium content in dust, that represent typical exposures during the employers’ operations, to determine if they are covered under the standard.  The data must reflect workplace conditions closely resembling or with a higher airborne exposure potential than the processes, types of material, control methods, work practices, and environmental conditions in the employer’s current operations.

Key Provisions in the Beryllium Standard

There are seven key provisions in the standard:

All three standards took effect May 20, 2017 but employers have until March 12, 2018 to comply with most provisions of the rule.

Proposed Modifications to the Beryllium Rule:

On June 23, 2017, OSHA announced its proposal to revoke certain provisions of the beryllium rule in the construction and maritime industries.  However, the standard would maintain the requirements for exposure limits. OSHA estimates that revoking the provisions below (while retaining the lower PEL and STEL for construction and shipyards) would yield a total annualized cost savings of $10.2 million across these industries.

The following provisions are subject to revocation:

The proposed modifications come supported by evidence that beryllium exposure in the construction and maritime industries primarily results from abrasive blast cleaning and welding (specifically in maritime).  Therefore, the proposed changes stem from the fact that there are regulations currently in place to address particulate exposure, similar to beryllium, in these operations.  The abrasive blast cleaning industry is subject to additional OSHA rules requiring engineering and administrative controls, personal protective equipment and employee training, including:

That is, would workers in construction and maritime workplaces be adequately protected by already-existing health and safety regulations if the above provisions in the beryllium standard were revoked?

Implications of the Revocation of Certain Provisions 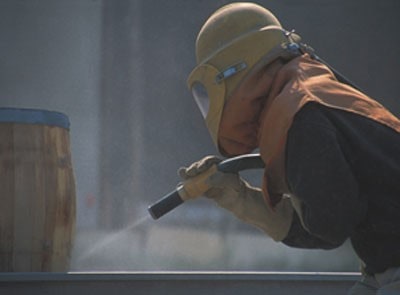 Industry organizations such as the Abrasive Blasting Manufacturers Alliance criticized the “overreaching” beryllium standard and applauded the proposal to revoke the ancillary provisions of the construction and maritime industries.  The Alliance, which represents manufacturers of coal slag, argues there is an important distinction between beryllium alloy and the mineral form of beryllium, which is found in trace amounts in abrasive.  While the Alliance agrees beryllium alloys and other processed forms of beryllium have been found to lead to illness, they argue, that the Alliance is “not aware of a single documented case of beryllium sensitization or beryllium-related illness associated with coal or copper slag abrasive production among their employees, or their customers’ employees working with the products of Alliance members” (82 FR 29182).  However, without a medical surveillance program in place OSHA states that such reports are not compelling evidence.

The Alliance also stresses the beryllium rule not only affects slag abrasive manufacturers but the entire abrasive industry.  According to the Alliance all blast cleaning media and blast cleaned surfaces can contain trace amounts of beryllium.  Therefore, due to the dramatic reduction in the beryllium PEL and action level, all blasters would need to comply with the regulations regardless of abrasive media.

Specifically, the agency was looking for “responses, supported by evidence and reason, to the following questions:”

The request for comment period ended on August 28, 2017.  Until a final decision is made on the proposal to revoke ancillary provisions of the construction and shipyards beryllium standards, the status of these two standards will remain in limbo.