This article describes the failure of coatings applied to the concrete floors of a county detention facility. The structure is a multistory building with modular cells and concrete floors on each inmate level. The main structural floors were constructed of lightweight aggregate and the mezzanine floors constructed of a normal-weight aggregate. The facility was relatively new, becoming operational in September of 2015. The building could accommodate 608 inmates with the ability to add additional space as the population demanded.

The coating failure, which revealed itself via delamination, cracking, heaving and crumbling, began within a few months of opening, and presented in both isolated and progressive failures on multiple levels but appeared to be predominantly present on the mezzanine floors. Repairs were originally performed using coating materials supplied by the original product supplier. Later, epoxy topping repairs employed materials from a different supplier for test applications. The failures continued, prompting this investigation.

Not having the opportunity to conduct a site investigation can be a handicap as a great deal of information can be determined through that process. It is possible that some details of the surface preparation and coating application methods could’ve been discerned leading to reasonable hypotheses as to possible causes of the failure.

For example, testing for the presence of water beneath delaminated coating could’ve been conducted, as well as judging the difficulty of removing the coating from the substrate or separating coating layers in the field. Such information will generally provide more meaningful information than that evaluated in the laboratory. In fact, field findings are commonly the basis used for determining which initial laboratory examinations should be undertaken so that hypotheses as to the failure from the field investigation can then be tested through sample analysis.

Supplied background technical information coupled with site photographs assisted in the determination of a specific path to follow. An epoxy flooring system was originally specified consisting of four distinct coating layers: a primer at 6-to-8 mils, an aggregate-filled base coat to a nominal  250 mils (1/4 inch) a grout coat at 8-to-32 mils (to seal the base coat) and a topcoat at 6-to-8 mils. The intent of the work, per the project specification was “… to provide a seamless epoxy floor and base.” The system design also included:

Numerous photographs were provided showing the nature and distribution of the detention facility floor coatings. Because moisture is a common problem with concrete surfaces the photographs were reviewed for evidence of this possible cause (Fig. 1).

When free water is contributing to a coating failure it is important not only to demonstrate this through the evidence but also to seek out the source. The engineering firm was encouraged to look for likely sources of free water and one source not to be ignored is floor cleaning. Since cracks were present it is possible that cleaning water seeped through cracks to the substrate. While this theory could not be ruled out, Figure 2 shows that even small leaks can be significant sources of water.

In addition to the evidence confirming that water was contributing to the coating failure, another likely contributing factor was observed in the photographs — the crumbling of a thick monolithic cementitious layer, shown in Figure 3. The integrity of a concrete layer and the aggregate-filled epoxy coating layer is clearly compromised. This issue could be related to the concrete itself being a non-durable substrate, or the result of a coating issue related to the aggregate-filled coating material. Cracks in the coating can result from moisture vapor pressure contributing to coating delamination. Rigid aggregate-filled films do not recover from deformation. They are subject to flexure when loose which induces cracking. A site visit could have served to clarify the initiating factor.

The four concrete core samples requested were provided to the investigator. The two from failing areas and two from non-failing areas (used as control samples) are described in Table 1.

Infrared spectroscopic analysis was performed in the lab. This technique involved combining sample scrapings with potassium bromide powder and forming pellets under high pressure. The pellets were then placed in the optical path of the spectrometer and spectra were obtained over the range of 4,000-to-400 cm-1. The clear topcoats from Samples 1 through 4 were consistent with epoxy resin.

The white powdery residue attributed to the layer filled with colored aggregate was consistent with crystalline silica. No evidence of resinous material was indicated by the spectrum produced by the powdery residue, which was present at the failure interface.

The translucent material on the bottom surface of Sample 2 was consistent with an epoxy resin. The presence of calcium carbonate was also indicated.

The coating system applied to the concrete of this facility was not the one specified. A four-coat system was specified and only two distinct coating layers were present in the core samples. The waterproofing membrane specified was only found to be present in one of the four core samples and although only one aggregate was specified, two (colored and clear) were found to be present. A plane of weak intercoat adhesion was noted in the field as delamination was found between a coating layer filled with colored aggregate and the subsequent layer on each of the samples submitted. Two concrete core samples from non-failing locations arrived with the coating system intact, but it easily separated with mild pressure. The two concrete core samples from failing locations arrived with the coating system separated.

Some of the coating failures were associated with moisture intrusion as evidenced by delamination with rust staining and efflorescence in coating cracks visible in the photographs provided (Fig. 3). It was reported that common plumbing chases between adjacent cells include water and waste connections. Leaks in these locations provide a path for water to travel along the concrete to the underside of the floor coating system. Once the moisture entered the concrete layer it migrated over a large area before showing evidence of its presence.

There was also evidence that underlying layers, cementitious and aggregate-filled, had crumbled along delaminated edges. This was a progressive deterioration most likely brought about by loading on a non-adhered edge when there was flexure of the delaminated layer. There were insufficient layers and the layers present were not at the appropriate thickness or consistency of binder-to-aggregate ratio, possibly due to mixing differences from location to location. This is supported by the failure of the aggregate to fully integrate into the binder.

This case from the F-Files was presented to address the clues uncovered through examination of contract documents, information from on-site personnel, photographs depicting the condition of the coating and evidence of failure, and examination of coating samples, as there was no opportunity to visit the project site to conduct a hands-on examination. However, it was still possible to develop an understanding of what had occurred in the field and verify those theories through laboratory testing determining that the initial coating application, binder and aggregate mixing were flawed, the required film thickness was not achieved and the specified coating system had not been installed. It is not clear whether or not a substitution of materials was permitted. It is clear, however, that the system as installed was faulty. Add moisture to the equation and this flooring system was doomed to failure. 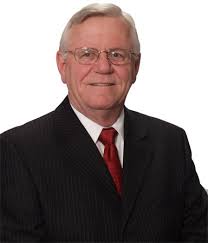 Rich Burgess is a senior consultant for KTA-Tator, Inc. where he has been employed for over 23 years. He is a member of SSPC and NACE and an active committee member for joint standards. Burgess is an SSPC-Certified Protective Coatings Specialist, a NACE-Certified Coating Inspector Level 3 (Peer Review) and an SSPC C-3 Supervisor/Competent Person for Deleading of Industrial Structures. In his current position, he performs coatings evaluations, coating failure analysis, specification preparation, expert witness and project management services for clients in the transportation, power generation, water/wastewater, shipping, marine and aerospace industries. Burgess is a principal instructor for the SSPC C-1, C-3, and C-5 courses, for the NACE CIP Program and a variety of KTA-offered training seminars. He holds a Bachelor of Science degree in Environmental Science from Rutgers University and a Master of Science in Operations Management from the University of Arkansas.

4 thoughts on “F-Files: Mechanisms of Failure- Failure at the Jail”