In this Case from the F-Files, large steel components for a new facility being constructed in the U.S. were fabricated, prepared, and coated overseas with an inorganic zinc primer (IOZ). Upon delivery to an inland river port in the U.S., the components were unloaded for additional assembly work and found to have large surface areas exhibiting red rust. The construction firm responsible for assembly of the components was concerned that the steel would need to be fully blast cleaned again and the zinc rich primer re-applied before construction. Why was a newly applied inorganic zinc primer showing red rust? Was the primer salvageable or did it need to be removed and replaced?

Structural steel plates and shapes (pieces) were fabricated, prepared, and coated in China for high-temperature service (400 C) in a new cement-producing facility in the U.S. The specifications required blast cleaning the exterior surfaces according to ISO 8501-1 (1988) to achieve an Sa 2½ degree of cleanliness. The exterior surfaces were coated according to a coating schedule designated “Program 6,” which required a single coat of a two-component ethyl silicate zinc primer (IOZ) to a minimum thickness of 50 μm (approximately 2 mils). The pieces were stacked and crated using steel frames for transport to the U.S. The pieces were delivered to an inland port on a major U.S. river and uncrated. The fabricated pieces were matched and assembled into larger components by welding. The larger steel components were to be loaded onto barges for transport further upriver to the construction site. The IOZ-coated surfaces of the sections were found to have defined areas of red rust on their surfaces. It appeared that the rust was actually rust stain resulting from corrosion of the uncoated steel crate frames that ran onto the coated surfaces during transport from China (Figs. 1 and 2).

There was also rusting at fabricated plate edges that were blast cleaned but left uncoated. Following the blast cleaning and prior to coating in China, the edges of plates were taped. The tape protected the steel during coating application. This preserved bare steel edges for welding during final assembly in the U.S. (Fig. 3). It was necessary to confirm that the widespread rust on the IOZ-coated surfaces was rust stain and not initial rusting of the substrate. This confirmation would help to establish the serviceability of the primer. An additional consideration was the appearance of the completed assemblies— delivering a newly constructed facility in a less than pristine condition.

The facility owner required that the field investigation of the rust and the preparation of a preliminary report be provided on an expedited basis because a remediation plan was needed to address the cause(s) of the rusting while component assembly was underway and before assemblies were shipped to the final construction site. A supplemental report was to be issued, as appropriate after any requisite laboratory examination of samples is completed. The site visit was made to the initial assembly port, and the rust on the fabricated items was examined in the presence of the owner’s on-site representative. The surfaces were examined with and without magnification to determine if any of the visible rust stain was the result of substrate corrosion. Coating thickness measurements were also obtained, and samples were collected.

Rust on the IOZ primer was confirmed to be staining from three sources. The overwhelming majority of staining came from the uncoated carbon steel shipping cradle frames, which were corroding and dripping rust-bearing moisture and particles onto the IOZ (Figs. 1 and 2). These rust stains did not originate from the substrate beneath the IOZ.

The second source of rust staining was from the components themselves. Substrate corrosion developed along the taped but uncoated edges and seams around label tack welds and lifting fixtures (Fig. 3).

Finally, several of the fabricated pieces exhibited patches of white storage stain1 (zinc corrosion product). The stain was generally associated with surfaces where water might collect during transport. In rare instances, isolated spots of red rust were present (Fig. 4) in the fields of the white patches. The red rust spots in these cases did originate from the substrate.

The thickness of the IOZ-coated surfaces was measured using a calibrated Type 2 (electronic) thickness gage. Thickness measurements were not collected according to the frequency invoked by SSPC-PA 2 because this standard was not referenced in the original specification and because the frequency of measurements prescribed by PA 2 is not intended to be used for a failure investigation. However, spot readings were obtained on the surfaces of interest. The thickness measurements were found to be above the minimum 50 μm required in the specification (Table 1). The manufacturer’s product data sheet (PDS) reported that the typical dry film thickness of the applied film is 75 μm (3 mils), with recommended minimum and maximum thicknesses of 50 μm (2 mils) and 90 μm (3.5 mils), respectively. The data sheet also warned about the risk of mud-cracking if the film thickness exceeded 125 μm (5 mils).

A destructive gage was used to examine the applied coating thickness and determine the extent of rust stain penetration into the zinc film. Newly applied IOZ coatings are porous (as demonstrated by outgassing or pinholes when overcoated). The examination revealed that rust stain typically penetrated to about 12–13 μm (~0.5 mils). Figure 5 shows the typical appearance of the rust-stained film after an incision was made with a precision tungsten carbide tip.

Knowing that the coating was in excess of the manufacturer’s maximum recommended thickness raised concern about film integrity. While no areas of mud-cracking were observed, IOZ is subject to cohesive failure when applied at excessive thickness. Therefore, a recommendation to test the adhesion of the IOZ in accordance with ASTM D4541 was made and approved. Testing was performed using a fixed alignment adhesion tester on both stained and unstained surfaces (Figs. 6 and 7). Light sanding was used to clean the surface of the coating. As might be expected, light sanding removed much of the rust stain.

The pull-off adhesion testing produced values in excess of 1,000 psi, as well as a series of glue breaks between 550 and 600 psi. The adhesive/cohesive strength of the IOZ primer was good, even in areas of higher thickness.

The overwhelming majority of rust stains on the IOZ primer of the fabricated steel sections resulted from the corrosion and rust (stain) that ran down from uncoated carbon steel shipping cradles. These rust stains did not originate from the substrate beneath the IOZ primer. Examination revealed that the stains penetrated the surface only about 12–13 μm (0.5 mils) with 75–100 μm (3 to 4 mils) of unstained zinc coating on the substrate. There was no indication of coating failure. The staining would have no impact on coating performance, and no corrective action would be necessary to maintain integrity. However, the staining represented an aesthetic issue that did require resolution.

Substrate corrosion was present where the sections had unprotected steel exposed. These were on and adjacent to edges not coated in the fabrication shop in China. Rust had also begun to form in seams and crevices resulting from welding in the U.S., and from labels and fixtures installed in China as well as the U.S. One instance of white storage stain corrosion with spots of red rust was observed on one component. These conditions are different from the rust stain on the IOZ and required a different resolution.

The rust on the unprotected edges was not unexpected. Pre-primed steel pieces that are shipped and assembled in the field normally have bare steel along the edges to be welded. Blast cleaning and coating the weld seam and edges following assembly are routine. The red rust spots in the field of white storage stain was somewhat unusual but will occur when water stands on IOZ coating for extended periods. The zinc dust in the coating acts as an anode while the steel substrate is cathodic. The zinc preferentially corrodes, forming the white zinc corrosion products. However, once the metallic zinc within the area was converted to the corrosion products, it was no longer anodic to the steel, and the steel began to corrode, producing the red rust spots. Cleaning and coating the areas of white storage stain would be necessary.

The following steps were recommended to help prevent and even avoid, to the extent possible, additional rust staining.

Without fully overcoating the IOZ primer with an appropriate finish coat, any localized cleaning and touch-up would not fully eliminate streaks and spots where rust staining occurred. Sanding or milling down the surface to eliminate the rust would risk removal of too much zinc, loss of protection, and additional rust.

The repair options included overcoating the rust-stained areas with another coat of IOZ. Yet this would still leave streaks and spots of a different color and create a risk of delamination of the IOZ overcoat. While an organic zinc primer is typically used as a repair material over IOZ, the design service temperature (400 C) would exceed the temperature limitations of organic zincs. Attempting to remove the stains by brush blast cleaning and surface grinding could damage the primer and compromise performance. Lesser efforts, such as sanding or stripping with soft abrasive materials, would be time-consuming and have limited success. Zinc is relatively reactive compared to rust stain; therefore, use of chemical cleaning agents was considered and investigated.

A standard repair procedure for rust on unprotected surfaces has already been well documented. It was known that the weld seams, following assembly, would require cleaning and coating. Power Tool Cleaning to Bare Metal (SSPC-SP 11) or blast cleaning along the weld seams to a Near-White Blast Cleaning (SSPC-SP 10/NACE 2) condition could be performed where substrate corrosion had occurred (edges, welds, clips, etc.). The prepared surfaces could then be spot coated with IOZ. Brush and roller application was permitted and performed on several of the assembled pieces. However, the quality of application was inconsistent; brush strokes, lifting edges, and mud-cracking were observed. Conventional (air) spray application was recommended.

Full overcoating to hide all of the IOZ spot repairs would require a coating that could tolerate the service environment of 400 C (752 F). This limited the number of candidate coating options. Test applications of candidates could have been performed to determine which products might suitably reduce the visual contrast and bond satisfactorily to the IOZ. The original zinc, an aluminum high-temperature paint, and a gray silicone-based, high-temperature paint were all candidates for spot application after cleaning and solvent wiping. (Staining the gray IOZ surfaces to match the rust stain color, a somewhat novel approach, was also added to the repair options.) Overcoating would result in a two-coat high-temperature service coating system rather than the one-coat IOZ specified.

Given the contrast that would be created anyway by the cleaning and coating of the weld seams (a visual condition generally accepted for zinc-rich primer applications), it was determined that the rust stains would be removed using chemical cleaning agents only. Test cleaning with different products ultimately revealed a product that would remove the majority of rust stain and not damage the inorganic zinc primer. This eliminated the need to overcoat the rust stained surfaces. 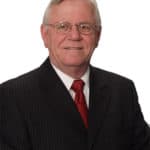 Rich Burgess is a Senior Consultant for KTA where he has been employed for over 18 years. Rich is a NACE Certified Coatings Inspector Level 3 (Peer Review), an SSPC Certified Protective Coatings Specialist, an SSPC C-3 Supervisor/Competent Person for Deleading of Industrial Structures, is a principal instructor for the SSPC C-1, C-3, and C-5 courses, and is an approved instructor for the NACE CIP Program. He also serves as an instructor for a variety of KTA-offered training seminars.